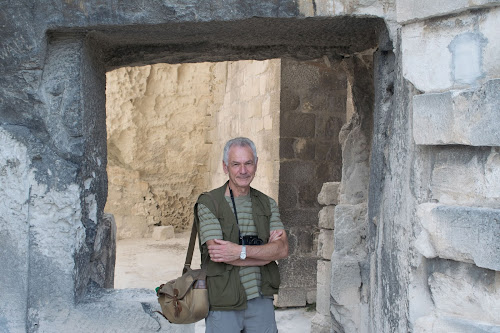 We are very sad to share with you that Philip died in February, having lived with cancer for some years. He became very ill in December and died at home with his family.

We plan to keep his website and archives accessible. Please bear with us as we work this out. For now, you can still use the contact form for enquiries.

Here are some recent links about Philip's life and work:

The Guardian - Other Lives

Posted by PHILIP WOLMUTH at 3:23 pm No comments: 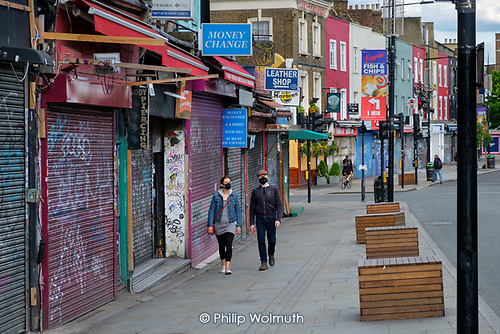 Like many others, I took to my bike for daily exercise when the lockdown began. I'd forgotten the pleasures of two wheels, and found the switch from walking to cycling made it easier to keep my distance from oblivious pedestrians with social distancing amnesia. But after a few days of aimless forays I got bored. I decided to take a camera with me, with the intention of bringing back at least one useable picture from every trip. 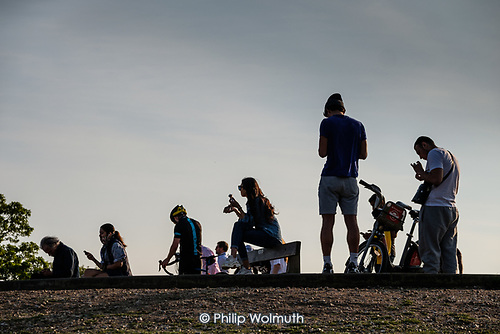 A bike is a wonderful thing. It gets you to places without hassle, at little cost and minimal planning. But bringing a camera along is very different from photographing on foot. If something catches your eye you have to stop, check the traffic, check for bicycle thieves, put the bike somewhere where it isn't going to trip up a pedestrian or get crushed by a bus, before you can even get the camera out of its bag.

So by the time you're in position, the bike is safe, and your camera set, the perfectly framed incident, or moment of light and shade, that you had spotted from the saddle has most likely been and gone. 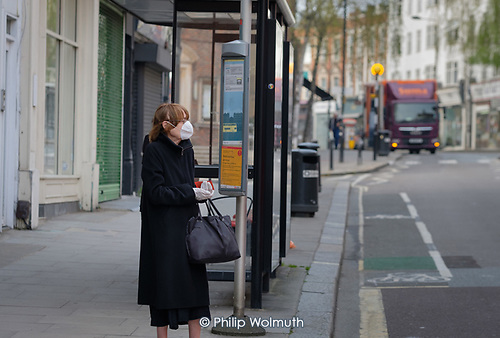 But not always. I don't know what my collection of images does, or will, add up to once the pandemic has become a distant memory, if that ever happens, but the fruits of my cycle expeditions in and around North West London over the last few weeks are enough to keep me pedalling. More pictures here. 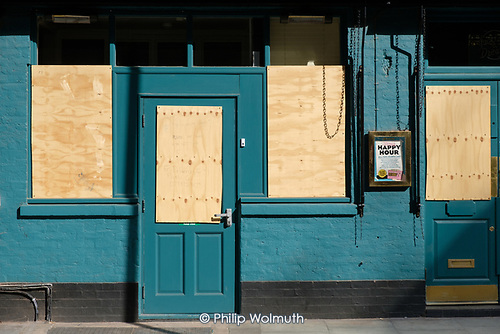 Posted by PHILIP WOLMUTH at 4:44 pm No comments: 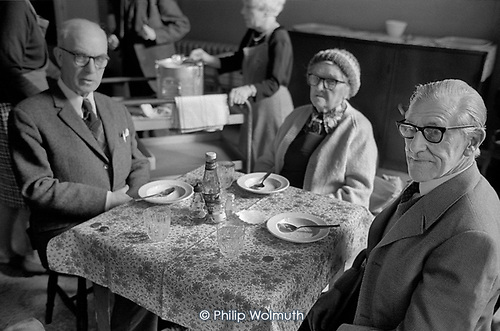 Maybe it's talk of 'The Blitz Spirit' reawakened by the coronvirus pandemic that has prompted me to see echos of wartime stiff upper lippery in the latest batch of scans from my archive. 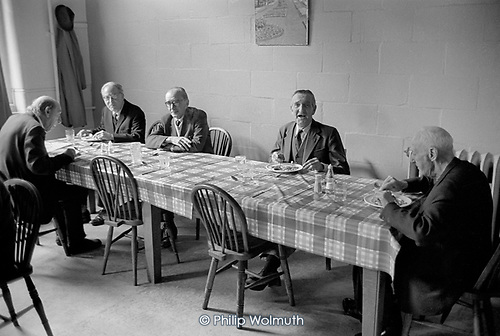 In the mid 1970s memory of the Second World War was still strong, and in some of the photographs I took around that time, of pensioners' lunch clubs and other community support groups in North Paddington, there is an unmistakable military bearing to many of the men, neatly turned out in jacket, collar and tie. 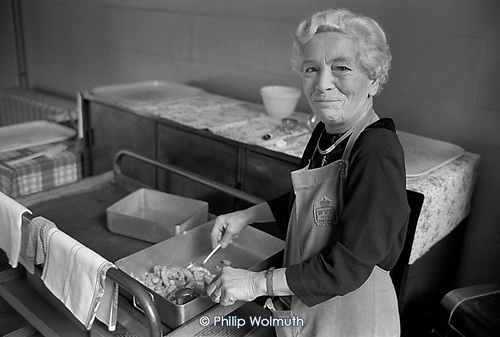 And it was not just the men. These shots are from a Women's Voluntary Service lunch club on the Harrow Road, where the aprons worn by the staff still had WVS Civil Defence badges sewn into them. More photos from North Paddington in the 1970s here.
Posted by PHILIP WOLMUTH at 4:36 pm 1 comment:

HS2: Too Late For Some


When I met Stan Passmore and his friend George Phillips in 2013 they were both facing the prospect of the demolition of their homes on the Regent's Park Estate, to make way for the HS2 high speed rail terminus at the adjacent Euston station.

Stan, then aged 87, had lived in his fourth floor flat in the Eskdale block since 1961.  His near neighbour George, then aged 94, had lived in his since it was built in 1955. Both told me they hoped to die before the bulldozers arrived. George achieved his wish not long after, but Stan, who died earlier this month, lived just long enough to see his former home turned into a pile of rubble.

Euston is now one giant construction site. Many hundreds of homes have been demolished, lives disrupted, businesses closed, graves dug up, ancient trees felled. And yet, even at this late stage in the progress of this misconceived project, the politicians are still debating whether to proceed. Whatever they decide, it will be too late for Eskdale and its former residents. More pictures here. More words here.
Posted by PHILIP WOLMUTH at 3:31 pm No comments:

And Now For Something Completely Different.... 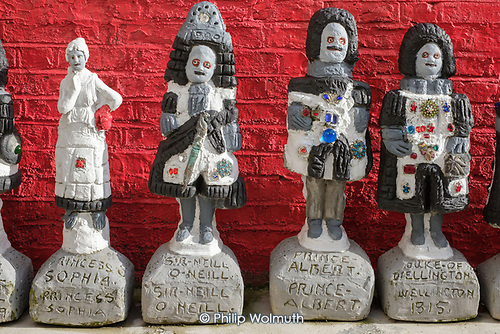 Around 25 years ago, not long before I moved from my home of 14 years by the Grand Union Canal in North Paddington, a near neighbour began secretly embellishing the back yard of his one bedroom housing association flat with an extraordinary collection of home-made artworks.

Gerard 'Gerry' Dalton, who died last month at the age of 83, left behind an astonishing number of crudely modelled and painted statuettes that fill his back yard and line a narrow 50 metre strip of land that runs between the canal and the Victorian terrace that overlooks it. There is no public access, and the display is largely hidden from view by two rows of neatly clipped bushes. As things stand, the property will be cleared and re-possessed by Genesis, the housing association that owns it, on 31st October. 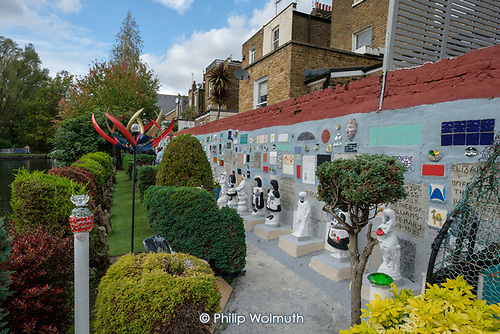 According to a small ad hoc group of admirers who have started a crowd-funding campaign to preserve the works in situ, there are around 200 concrete and mixed media sculptures, 170 wall mounted works and a 50 metre long mural.


It is hard to know what to make of them. Irish-born Dalton, at various times a station porter, factory hand, and catering worker, clearly had a mischievous take on the historical record. The concrete statuettes – sculptures, artworks, monuments, call them what you will - are between two and three feet high, each with a roughly cast plinth, many of which are inscribed with the names of what appears to be a random selection of mostly long dead public figures. Emperor Vespasian, Prince Albert, assorted other royals, obscure aristocrats, Marcus Aurelius, Hercules, and Lord Lucan all get a look in. All the figures have painted red eyes. What was he trying to say? 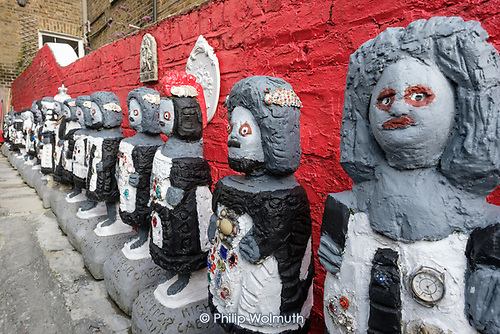 Inside the flat, every inch of wall space is covered with framed pictures, mostly cut from magazines, with additions of paint by the artist. On the floors of the bedroom and living room are gaudily painted wooden models of Hampton Court, Buckingham Palace and various other stately homes. 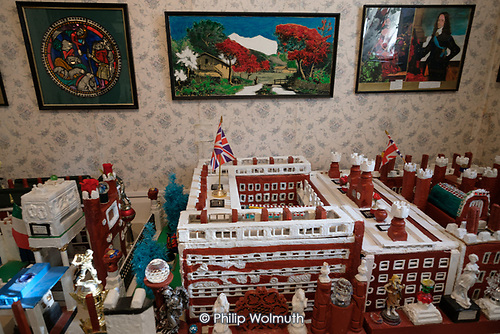 Given the quantity of work on display, both inside and out, the flat is surprisingly clean. This presents further puzzles: where did all this productive labour take place? Casting concrete is a messy business. No sacks of cement are evident, nor the tools necessary to mix and model it. And how did several tons of the stuff get there?

I guess the unanswered questions just add to the mystery of what the campaigners call a ”monumental body of site specific outsider art”. Whatever its significance, the campaign to save the collection has, according to The Telegraph and The Times, attracted some high profile supporters, including Jarvis Cocker, Nicholas Serota, Sir Charles Saumarez Smith CBE, Louis Platman, curator at the Geffrye Museum, the artist Richard Wentworth CBE and the Public Monuments and Sculpture Association.  If it survives the 31st October deadline (Genesis, not Brexit), maybe all will become clearer.  More pictures here. 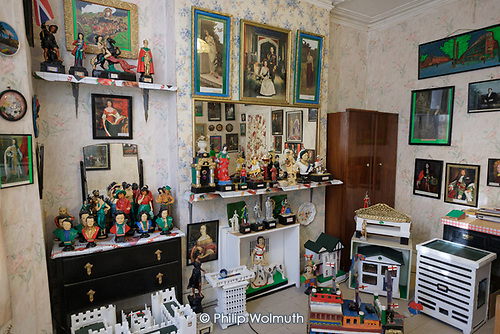 Posted by PHILIP WOLMUTH at 2:54 pm No comments:

Another scanning session has resurrected a set of photos from the campaign by residents of two North Paddington estates to save their council-owned homes from sale to a private developer.  Explanation below.  More pictures here.

In 1985, with the Greater London Council on the verge of abolition, Walterton and Elgin, two of its estates in the north of the borough of Westminster, were handed over to Westminster City Council.

The two estates, one comprised of Victorian terraces, the other of two 1960s towers surrounded by low-rise concrete blocks, were in poor condition. Without any consultation, the council immediately began drawing up plans to sell them off to private developers.

Residents responded by forming the Walterton and Elgin Action Group (WEAG).  At very short notice, more than 200 tenants attended a meeting of the council's housing committee to demand that their needs and wishes should take priority.

It was the beginning of a seven year campaign, and WEAG, with a programme of inventive direct action and assistance from a wide range of sympathetic housing professionals, legal advisers and local Labour councillors, went on to draw up its own plan to save the homes for local people in need of rented housing. It lobbied council meetings, paid unannounced visits to the offices of property developers, signed petitions, and flooded the area with posters publicising its struggle.

The Conservative led council, under the leadership of Dame Shirley Porter and concurrently fighting accusations of gerrymandering over its Building Stable Communities programme, resisted all the way. But in April 1992, the tenants and residents were victorious, their newly-formed Walterton and Elgin Community Homes (WECH) taking over the ownership and control of 921 homes, together with a dowry of £22 million to cover the cost of repairs and renovations.

Posted by PHILIP WOLMUTH at 5:53 pm No comments:

These photographs are from a set of newly scanned black and white negatives I shot in the 1980s, at a time when much of my work was commissioned by the National Union of Public Employees (NUPE) and the National Association of Government Officers (NALGO). Others were taken for the Popular Planning Unit of the Greater London Council, then led by Ken Livingstone, and for a variety of other publications and organisations.  More photos here.


It was a time of rapid change and struggle in the public sector, with the radical “contracting out” privatisation policies of the Thatcher government compounding the impact of the 1970s public spending cuts under Labour that had culminated in the Winter of Discontent of 1978-1979.


These policies were disastrous both for the workers who provided our services, cutting jobs, pay and conditions in the NHS, local government and elsewhere, and for the service users who relied on them.

They weren't good for photographers either. Claims of commercial confidentiality, and a growing obsession with written consent forms, made access to contracted out workplaces much more difficult to obtain.

Posted by PHILIP WOLMUTH at 5:07 pm No comments: