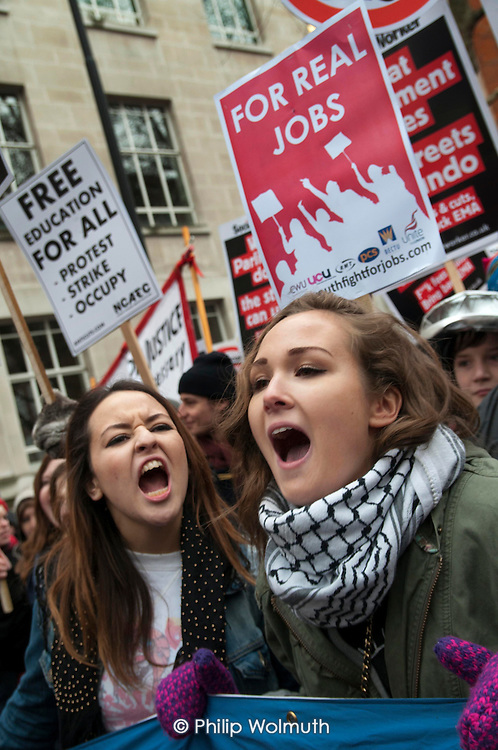 The student demonstration in London last weekend was, by all accounts, significantly smaller and calmer than previous outings. There was nothing to match the earlier trashing of Conservative Party offices in Millbank, or the confrontation with Charles’s and Camilla’s Rolls Royce – images of which raised smiles around the world at the end of last year.

It seems that the students’ moment may have passed, the relevant votes having been cast without the government giving ground on the raising of tuition fees or the abolition of the Educational Maintenance Allowance. But that doesn’t mean the demonstrators have failed. The students were just the first to be hit by the dismantling of the welfare state that is currently under way, and they have laid down a marker that others will follow. An extraordinary number of anti-cuts campaigns have sprung up across the country in the last few weeks, as fine words about front-line services become a reality of closed facilities for young and old. There is much more to come. Watch this space.

Discretion is the Better Part of Valour 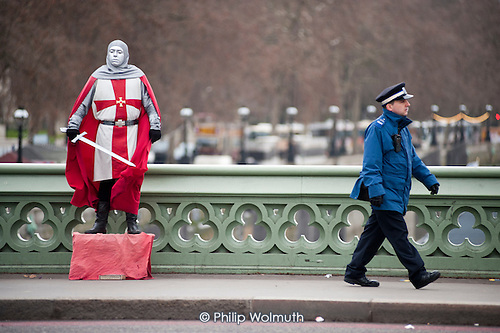 Posted by PHILIP WOLMUTH at 7:10 pm No comments: 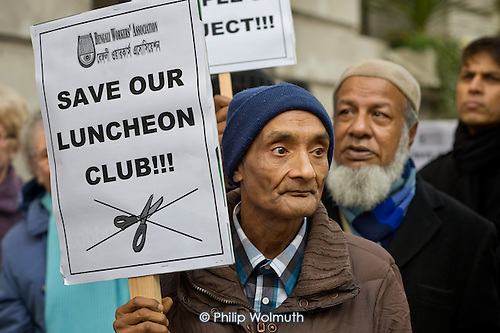 Today’s Town Hall protest against the proposed closure of Age Concern Camden’s three resource centres marks only the beginning of the dismantling of services provided by the voluntary sector in the borough - and elsewhere. As the government’s spending cuts feed through to local councils and on to the Third Sector organisations they fund, it’s hard to see anything that might resemble a “Big Society” surviving.

The three day centres - Great Croft, Hillwood and Henderson Court - provide a lifeline for their elderly users which will be impossible to replace. Once they have gone, Age Concern’s Good Neighbour schemes are also destined for the chop. If the Orwellian “Big Society” phrase had any real meaning, these schemes would surely exemplify its essence. For the price of one part-time coordinator’s salary, 50 carefully matched and dedicated volunteers make weekly visits to the housebound and isolated elderly in their neighbourhood.

If anyone had doubts that Prime Minister David Cameron’s catchphrase was nothing more than a content-free PR soundbite, cuts to services such as these should put them straight.

More pictures here.
Posted by PHILIP WOLMUTH at 9:59 am No comments: 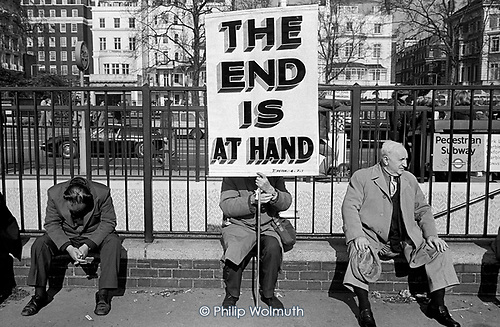 Ever since I first started out with a camera I’ve heard talk of the “good old days”. First, it was of a time when Picture Post was on sale at every corner shop, and photojournalists ruled the world. A little later, it harked back to the era of Don McCullin at the Sunday Times, and the once-glorious weekend colour supplements. Later still, the Independent magazine, under Colin Jacobson, was held up as the last survivor of a lost golden age and the great tradition begun by Bert Hardy, Stefan Lorant, Cartier-Bresson and the rest. Then it too went the way of all the others.

It’s a seductive take: right now there are many reasons why the “concerned photographer” (a term current back then) might think their chosen medium is on a downward path. Magazines, and many newspapers, are dominated by celebrity and lifestyle trivia, with virtually no space for serious picture stories; staff photographers on the nationals are an almost extinct species; freelancers are ten a penny, their ranks swollen by digitally-equipped wannabes and hobbyists prepared to work for peanuts; commission rates and repro fees have been static or falling for years, and copyright is under threat from big business interests and business-friendly legislators. Many photographers are feeling very hard pressed indeed.

The days of news weeklies filled with extended picture stories were undoubtedly a high point in the relatively brief history of print photojournalism, but their demise was not the end of the line. Today, the web is spawning new outlets and multimedia forms that expand the ways in which photography can be used to tell stories. And pictures are everywhere, made and seen in numbers and formats that would have been unthinkable before the advent of digital technology. It is true that the majority are dross, and too many picture editors seem happy to make choices based on cost, not quality, but the new technology has created at least as many opportunities as problems.

Many of those problems are the result of its revolutionary impact on publishing. The industry is struggling to adapt to a completely new business model – or possibly several of them. And it’s only part way done. The big question is, how do you make money distributing content on the web, when everyone expects it to be free? Cut costs with copyright grabs and rate cuts? Boost revenues with paywalls and advertising? Probably all of the above and more, with no-one sure what is going to work, and who will go to the wall.

We are in a period of transition, but the death of photojournalism is not inevitable. Sooner or later, viable revenue streams for publishing on the web will be established by the big corporate players, and smaller niche companies will follow in their wake (or vice versa). Who knows – even print might survive in some form or other. However it works out, there will still be an enormous demand for photography. And if paid-for content is to stand out in a web awash with oceans of cheap-and-cheerful mediocrity, dross will not be good enough. Quality will be at a premium, and quality will only be possible if the new reality is a sustainable one for photographers. Cutting rates and grabbing rights isn’t going to work in the long term.

So maybe there are good old days still to come. Of course, to get to there we have to find ways of surviving the short term. Undoubtedly, as a first step, that survival requires a vigorous defence of rates and rights. As for what else - answers on a postcard, please.

(For an alternative view, check out Neil Burgess on EPUK)
Posted by PHILIP WOLMUTH at 9:33 am No comments: