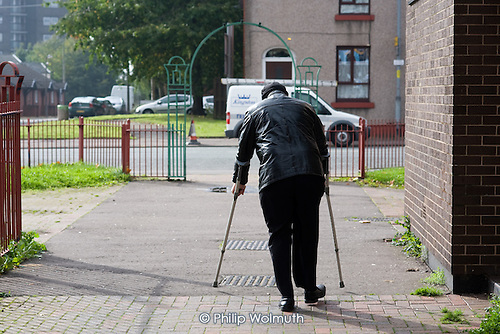 Following a trial programme of medical re-assessments begun earlier this month, the Department of Work and Pensions has stated that three-quarters of Incapacity Benefit (IB) claimants are well enough to work. Currently, 2.6 million people claim IB, while unemployment stands at 2.5 million.

In Rochdale’s Spotland and Falinge ward (pictured), 42.9% of working age residents claim IB, the highest rate in the UK. The distribution of IB claimants nationally roughly corresponds to the areas worst affected by 1980s de-industrialisation, and it is often claimed that the benefit, which replaced previous disability payment schemes in 1995, has been used by successive governments to disguise the unemployment figures.

The coalition government aim is to return 500,000 IB claimants to the job-seekers’ register. Where are they all going to work? 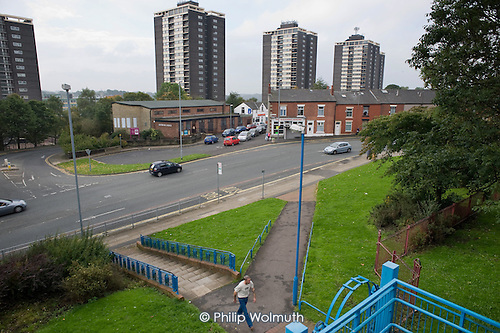 Posted by PHILIP WOLMUTH at 6:21 pm No comments: 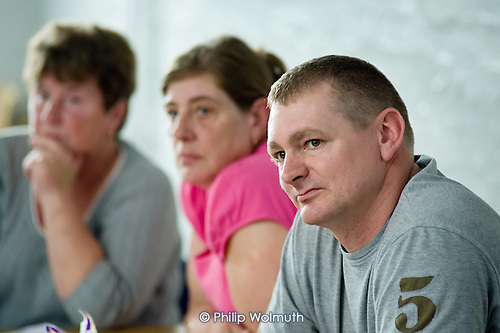 The results of the Autumn Spending Review, announced last week, included major cuts to welfare benefits as part of the government’s deficit reduction policy. An estimated 500,000 public sector jobs are also being cut, and a similar number in the private sector are expected to follow. With the inevitable fall in the tax take, how is that going to add up?

I went to Rochdale to find out. A New Labour welfare-to-work programme is still running in the town, staffed by a dedicated team at the national charity Groundwork, funded by the local authority via a sub-contract with Serco. Under the current system, after 72 weeks of unemployment, claimants of Job Seekers Allowance (JSA) must undertake 4 weeks of ‘Mandatory Work Related Activity’. This may take the form of an unpaid work placement, and can also include employability training. On the day I visited, a group was nearing the end of one such course. What was striking was just how employable some of them were: they included an articulate IT support worker with 10 years experience, and a clearly capable shop assistant made redundant when the local branch of M&S closed down.

According to Lisa Brown, who manages Groundwork’s Middleton office, all that is available in the Rochdale and Oldham area are ‘entry level’ (minimum wage) jobs in warehousing, private care and retailing. But in the massive Stakehill Industrial Estate, built close to a major motorway network, half the warehouses stand empty. Many of the national brands (Woolworths, B&Q and others) that had used them as their distribution centres for the north-west have either gone bankrupt or moved elsewhere. Employability isn’t much use if there aren’t any jobs. The only thing this adds up to is a worsening of the living standards of claimants already struggling at or below the poverty line. More pictures here. 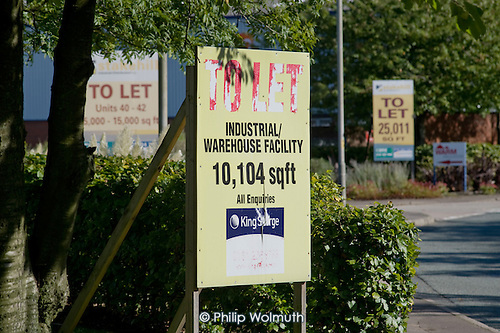 Posted by PHILIP WOLMUTH at 6:17 pm No comments:

The French Do It Better 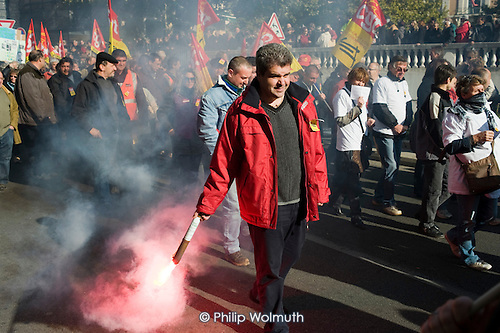 On Tuesday, the sixth day of nationwide protests against the Sarkozy government’s pension reforms, there were demonstrations in around 200 French towns and cities. In Alès (above), an ex-coalmining town in the south of the country, several thousand took to the streets. There was lots of smoke, some very loud bangs, and not a single policeman in sight. At the end of a boisterous march, nobody knew what to do, so someone set fire to the gates of the Sous Préfecture (local government offices). They don't look too good now. More pictures here.
Posted by PHILIP WOLMUTH at 6:42 pm No comments: 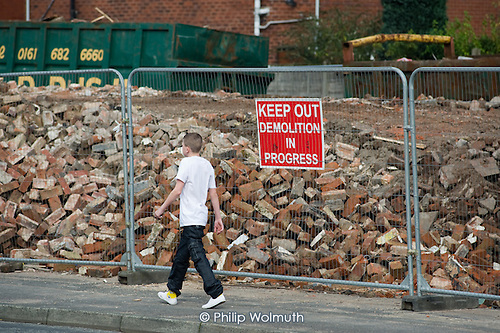 The Derker district of Oldham has the misfortune to have been designated a Housing Market Renewal Pathfinder. The scheme, launched by New Labour in 2002, is the biggest programme of demolition since the slum clearances of the mid-twentieth century. In Derker, row after row of tinned-up houses stand empty, and newly-laid grass has already replaced many of the 588 two-up, two-down Victorian terrace homes scheduled for the bulldozers. According to Anna Minton, in her book Ground Control (which I strongly recommend), 400,000 properties in the nine Pathfinder areas across the north of England are destined to meet a similar fate by 2015.

Unlike the earlier slum clearances, the homes are not being knocked down because they are in poor condition. The programme was not designed to improve conditions for the current occupants, but to “correct” so-called “housing market failure” in order to attract a “better social mix”. The areas in question are all places which have seen major falls in employment over the last thirty or so years, a collapse of the local economy, and a consequent decline in population. Opponents have labelled the process “social cleansing”, and there has been widespread resistance from residents who do not want to move from homes they have lived in for decades, or see the break-up of their communities. The piles of rubble and the silent streets are the very visible sign of another attempt at a market-based solution to a problem that requires social and economic planning, not more laissez-faire profiteering. If the demolished houses are ever replaced, which seems increasingly unlikely in the present economic climate, the only people likely to benefit will be private developers.

Lynn Ogden (below, left, with her ex-neighbour Margaret Rowcroft) is the last remaining resident in Ramsey Street, where she has lived for 43 years. Despite a long campaign and a partially successful battle in the High Court, she believes it is now too late to save Derker. Almost everyone has left, worn down by years of uncertainty. It is not often that results of bad government policy are so starkly evident. 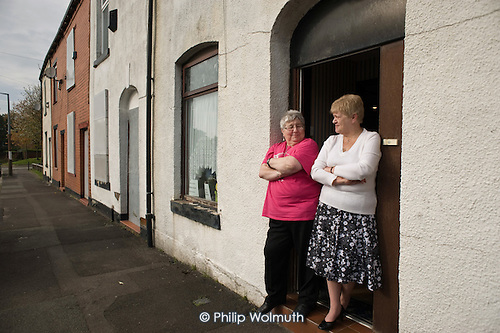