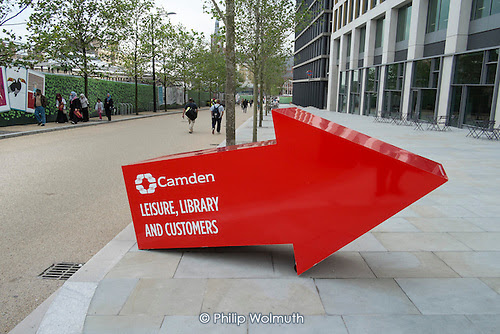 Last month Camden Council took possession of a new office building containing a “state-of-the-art and sustainable” leisure centre, a relocated library, and other welcome community facilities. The council estimates its 14 floor tower, the construction of which was financed by selling off ageing and unwanted parts of its property portfolio, will save it between £2.5 million and £4.5 million a year in running costs.

5 Pancras Square sits in a corner of a major new development that has transformed the once notorious area behind King's Cross station. Ed Smith, writing in the New Statesman, described the change as one “from derelict wasteland to caffeinated utopia”. The place is buzzing with local office workers, passing travellers, and students from Central St.Martins art school in neighbouring Granary Square, built on part of the long disused goods yard. There's even a canal running through the middle to add that apparently essential waterside appeal.

I well remember the “derelict wasteland”. Twenty-five years ago I spent several weeks photographing it, and some of the people who lived and worked in it, for an exhibition. I would hesitate to now call it a “utopia”, but it is undoubtedly much improved. 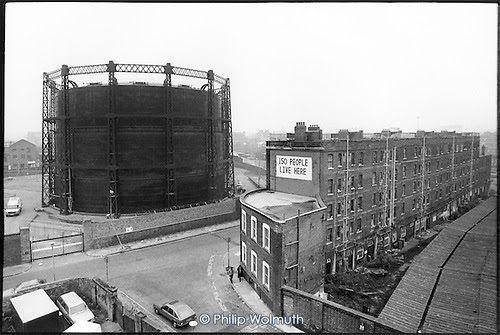 So what's not to like? Not a lot. I just have a slight resentment at being regarded by my elected local authority as a 'customer' (top), rather than a 'citizen' (even if that is my status in the rest of the largely privately owned and managed development). And a nagging feeling that the rough sleepers, short-life tenants and small businesses that I photographed back then are not among those who have benefited from all this. More pictures of the 'derelict wasteland' here.  Caffeinated utopia to follow. 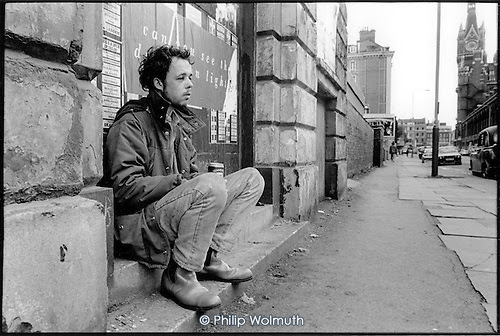