Where the Money's Gone 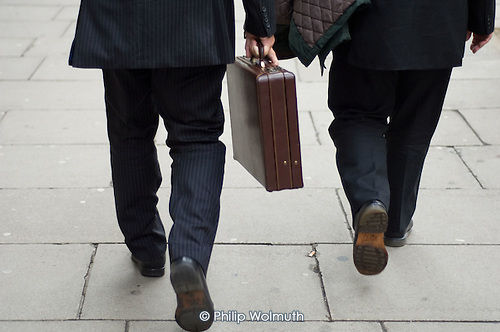 Last week's sale of Getty Images by one private equity company to another doesn't change much, but the figures bandied about in the financial press make interesting reading for any photographers wondering where their once-reasonable earnings have disappeared to.

The Carlyle Group paid Hellman and Friedman $3.3 billion for a controlling stake in what is now the world's largest image and video stock agency. Hellman and Friedman bought it for $2.4 billion in 2008, extracted $950,000 in dividends, and walked away from their latest trade with a total profit of $1.85 billion, minus debt charges (half the original purchase price was borrowed money).

That's a pretty spectacular return. Almost as spectacular as the fall in reproduction fees paid to photographers over the same period. A transition from print to web that has seen many publications' advertising and other revenues plummet, coupled with a chaotic overabundance of digital imagery, has brought image prices to an all-time low. Editorial pictures that would have fetched a fee of £100 or more ten years ago, now commonly sell for £20 or less via bulk-buy agency deals.

The market dominance of Getty and the (very) few other big players allows them to set prices that are, in the long term, unsustainable for those who produce the so-called 'content' they so profitably distribute. Either a very large number of photographers are going to go out of business, or a lot more of the money that is being generated needs to find its way back to the people who create the value.

Is there a silver lining? According to a report by Reuters “....the prices commanded online are still lower than in print. But as the resolution on screens of portable and desktop devices becomes ever higher, Getty expects online pricing to improve.”

Well, in the middle of negotiating a sale that big, they would say that, wouldn't they? Can prices paid for photography go up as well as down? It's been one way for such a long time, I've forgotten. And if they did go up, who would walk away with the cash?
Posted by PHILIP WOLMUTH at 9:45 pm No comments: