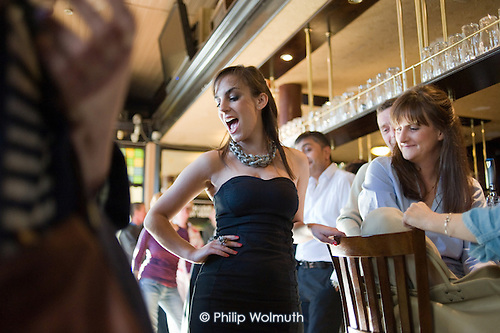 Most of the regular drinkers had no idea it was happening until it started. When the piano struck up and the cast of OperaUpClose launched into Act 2 of La Bohéme in the bar of The Chippenham in North Paddington last night, it took most of those present completely by surprise. But although one or two looked somewhat nonplussed, the fifteen minute performance got a fantastic reception from a packed house. The event, part of the Paddington Festival, was organised by the Paddington Development Trust, currently under threat (like so much else) from the government’s public spending cuts.
Posted by PHILIP WOLMUTH at 4:33 pm No comments: 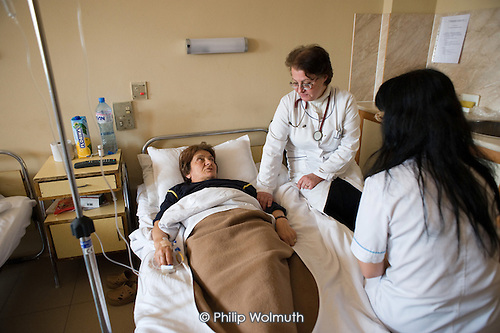 The Turning the Tide project, begun by the European Federation of Public Service Unions (EPSU) last year, looks likely to continue. The project reports on actions by EU public service workers that assert the importance of public services and defend them from cuts, privatisation, commercialisation or liberalisation. Watch this space for updates. 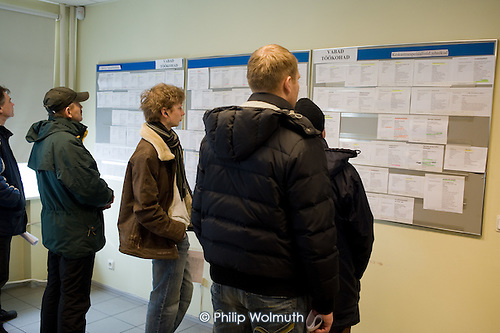 Posted by PHILIP WOLMUTH at 3:46 pm No comments: 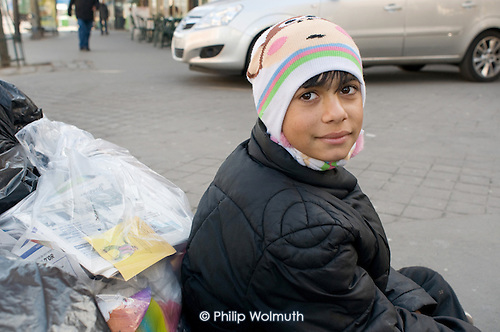 The young Roma boy I photographed begging in a street on the outskirts of Paris last year is not likely to be in the French capital much longer.

The Guardian reported this week that France has begun a roundup of more than 700 Romany immigrants from Bulgaria and Romania, and has booked special flights to send them back to their home countries. The action seems to be an attempt by the Sarkozy government to appeal to the populist and far right vote, in order to deflect attention from a corruption scandal and other problems that it currently faces. Plus ça change, plus c'est la même chose - as they say over there.
Posted by PHILIP WOLMUTH at 7:04 pm No comments: 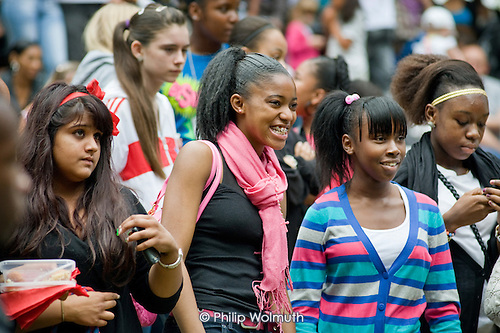 This month’s Queen’s Park Summer Festival may have been the last. The hugely popular annual event is organised by Queen’s Park Forum, an elected body of residents that has played a unique role in improving the quality of life for local people.

The Forum was created in 2003 by the Paddington Development Trust (PDT), whose activities I have photographed since it started in 1997. But despite all the talk of the ‘Big Society’ from David Cameron, funding for the trust and the organisations it supports is being drastically cut back. The fact that grassroots projects are under threat suggests that the new government is rather more interested in the ‘rolling back the state’ element of its ‘Big Society’ big idea than in the valuable work being done by the voluntary sector. Not a great surprise, but still disappointing.

I’ve been photographing Paddington for more than thirty years. It has been a privilege and a pleasure, allowing me to experience and record in great detail the impact of community initiatives in a constantly evolving area of inner London, and I don’t intend to stop any time soon – whatever the new regime has in store.

There’s more about the early days of community photography, and the context in which it (and PDT) developed in North Paddington from the 1970s onwards, in a recent article I wrote for the British Journal of Photography.
Posted by PHILIP WOLMUTH at 1:06 pm No comments: 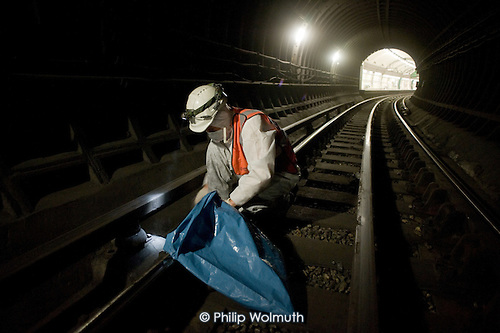 I was fortunate recently to have been given access by Transport for London (TfL) to some of the behind-the-scenes work that keeps the tube system moving.

The 3 million passengers who use the London Underground each day take it pretty much for granted. But it’s actually a minor miracle of engineering and logistics, most of which takes place on the tracks in the middle of the night, when the system closes down, or through the day in out-of-sight depots and workshops around the capital. The locations were fantastic to photograph, interesting both visually (albeit with some tricky lighting), and for the detail and complexity of the operations that were being carried out.

Getting access to document such places is something that is becoming more and more difficult, and photographs of real people at work – as opposed to sanitised PR shots - are hard to come by. In this case obtaining clearance was simplified by the collapse of the Public Private Partnership (PPP) arrangements with failed private contractors Metronet and Tube Lines, handing complete control back to TfL, where it should have been all along.
Posted by PHILIP WOLMUTH at 1:12 pm No comments:

The Wonders of New Technology 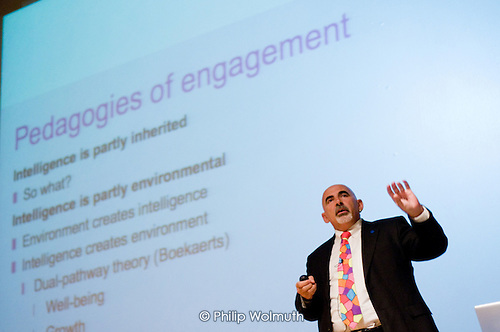 One of the great things about the latest generation of high end digital cameras, like the Nikon D700 with which the above shot was taken, is their ability to make high quality images in really poor available light. Thus I was able to photograph freely during Professor Dylan Wiliam's talk at the Institute of Education in London, without the need for flashes or other intrusive lighting equipment.

The new technology means that a whole range of events – including many conferences, seminars and board meetings – can now be photographed without disturbing the participants. Shame about the price though (the camera's, not mine).
Posted by PHILIP WOLMUTH at 11:23 pm No comments:

New images added to On Mobiles 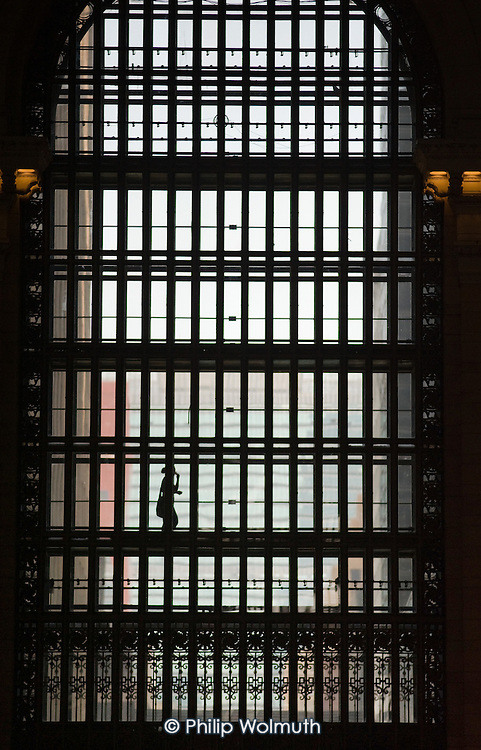 I've added a few shots from New York to my On Mobiles project, which was originally inspired by André Kertész's book On Reading.

The subjects of Kertész's photographs are standing or seated in public places, or at least in public view, immersed in the printed words they hold before them. Although physically present, their minds are elsewhere, oblivious to their surroundings. His pictures were taken between 1915 and 1970, mostly in New York, but also in Paris, Tokyo, Buenos Aires and elsewhere.

Does this change signify anything? An image of someone reading suggests thoughtfulness and may even prompt musings on the nature of the human condition. The sight of someone with a phone clamped to their ear - although similarly disengaged from their immediate surroundings - suggests something more trivial. And much more annoying. Mobiles privatise public space. Streets are no longer places where citizens interact, merely paths on which we avoid each other whilst engaged in conversation with someone who isn't there. 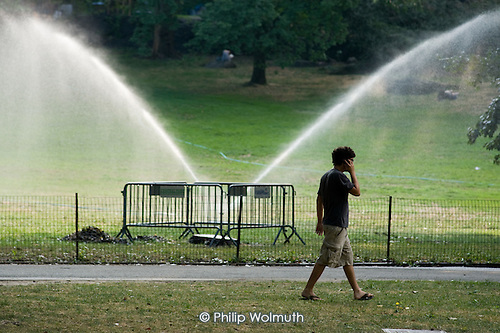 Posted by PHILIP WOLMUTH at 4:03 pm No comments:

Across the pond, the Metropolitan Museum of Art is using a photo prominently bylined 'by Nicky Blobel via Flickr’ on publicity posters currently on display on New York billboards. Although at first I thought this was yet another case of cheapskate photo editing, it’s more likely an attempt at appearing cool - presenting the museum's image as being up there with the 'digital lifestyle’. I’d love to know how much they paid for it though. 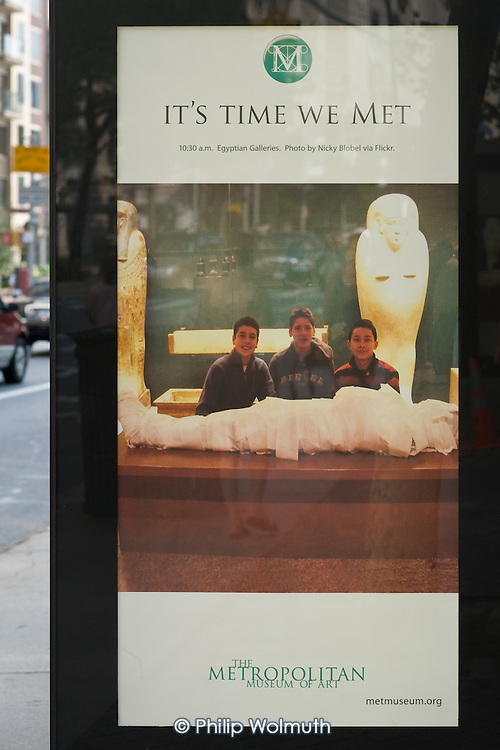 Posted by PHILIP WOLMUTH at 3:43 pm No comments:

My book, That was Then, This is Now, Community Action in North Paddington 1975-2008 charts how collective action by the area's residents has helped transform an impoverished corner of the City of Westminster, one of the wealthiest boroughs in the country, and how the nature of community action has been shaped by the changing political environment over the last 40 years. Copies of the 80 page book (10GBP + p&p) can be ordered from Blurb, who printed it, or directly from me.
Posted by PHILIP WOLMUTH at 12:19 pm No comments: