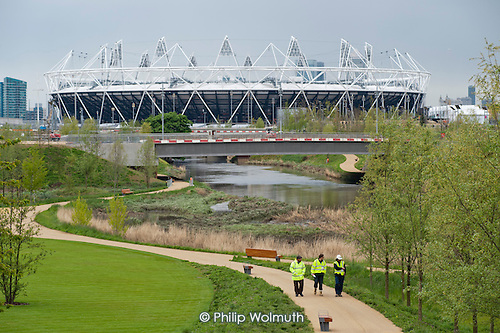 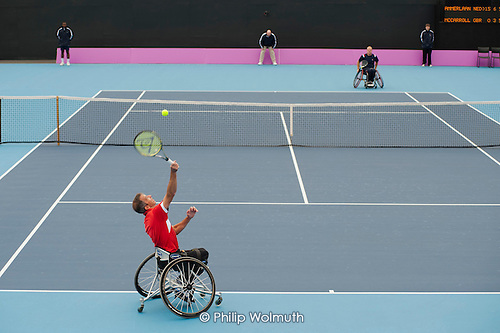 According to the Metropolitan Police, 60,000 journalists (20,000 accredited and 40,000 unaccredited) are expected to be covering the London Olympic Games in July. That's enough to three-quarters fill the main stadium. When I first heard the figure quoted by Assistant Commissioner Chris Allison at a press briefing last month, I found it hard to believe - but then I remembered Kari Kuukka's 360 degree panorama shot at the Olympic stadium in Beijing four years ago. It's not my idea of fun.

Of course, the 40,000 unaccredited writers, photographers and videographers won't even be able get inside the 11 mile, £80 million fence that circles the Olympic Park, let alone the stadium itself. And if they're seen loitering nearby, they're likely to attract the attention of the police and the vast army of security guards hired for the duration – as I did recently.

If you're an NUJ member and one of the 40,000, it would be well worth coming to the next meeting of the London Photographers Branch on 29 May, when human rights and public law solicitor Chez Cotton will be discussing how best to negotiate police, security and military personnel, and the various public order and other laws likely to be deployed in the capital during what promises to be an interesting few months.

The photos above and below were taken during the recent London Prepares series of test events. More pictures here 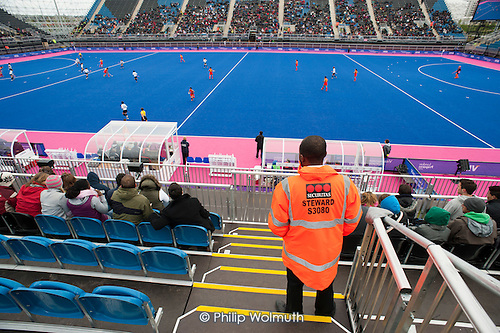 Posted by PHILIP WOLMUTH at 5:58 pm No comments: 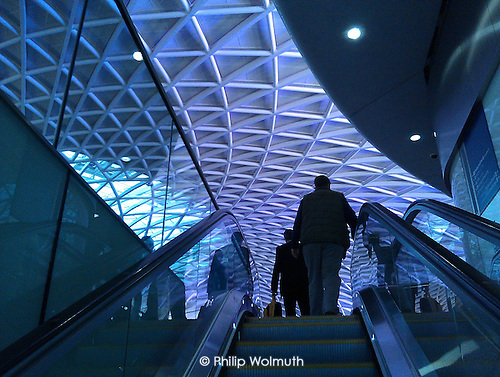 Passing through the new extension of Kings Cross station for the first time yesterday, I was struck by the roof and the light, but the only lens I had on me was the one peeking out of the back of my Android smartphone. Although I've had it for almost a year, I've hardly used the inbuilt camera, unwilling to waste time making images with its tiny sensor. Seen in full magnification, the 14.5MB files reveal sharpening artefacts, highlight clipping and a fair bit of noise - but the Kings Cross ceiling looks surprisingly good on a screen at normal viewing size. I can see the attraction of the Instagram, Lightbox, and Urbian's Retro Camera apps – all ways of acknowledging the limitations of the form, whilst at the same time making the most of them. It's pretty obvious why sales of compact cameras are plummeting, but I won't be getting rid of my Nikons any time soon.
Posted by PHILIP WOLMUTH at 3:31 pm 1 comment: