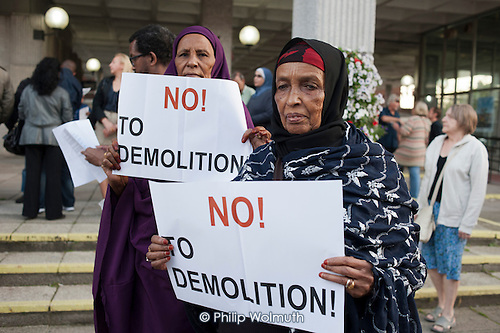 A very large majority of the residents of the 760 homes on the two estates are strongly opposed to the plan, and have put in a rival bid through a resident-controlled housing association, West Kensington & Gibbs Green Community Homes.

Despite the council's approval, the plan requires the go-ahead from the Secretary of State for Communities and Local Government. Which way will Eric Pickles jump? It would be a good opportunity for him to showcase the new localism his department has been championing so vociferously for the last couple of years. Will he rule for the local residents, or for Capital and Counties? His decision will finally reveal whether localism means real new powers for communities, or whether it's just business as usual. If it goes against them, the residents won't give up. It could be a long campaign. More photos here and here. 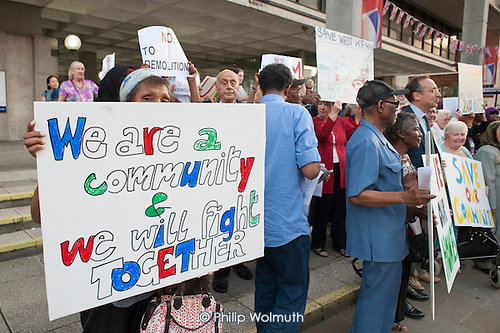 Posted by PHILIP WOLMUTH at 4:48 pm No comments: