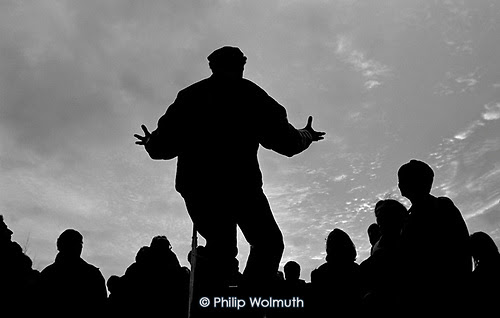 I have a photo book coming out in May and, following a year-long hiatus (it was accepted for publication in February 2014), am now beginning to grapple with the practicalities of publicising its arrival.

Speakers' Corner: Debate, Democracy and Disturbing the Peace contains around 100 black and white photographs taken on Sunday afternoons in London's Hyde Park between 1977 and 2014. The place has a worldwide reputation as the home of free speech, and a parallel one as (to quote George Orwell) the resort of preachers, eccentrics and "a large variety of plain lunatics". That's a promising combination, and the pictures, many accompanied by excerpts of speeches, heckles and arguments that I recorded at the time, are my attempt at documenting the extraordinary mixture of serious public debate, off-the-wall religiosity, whacky humour and self-regulating anarchic mayhem that has repeatedly drawn me back there. 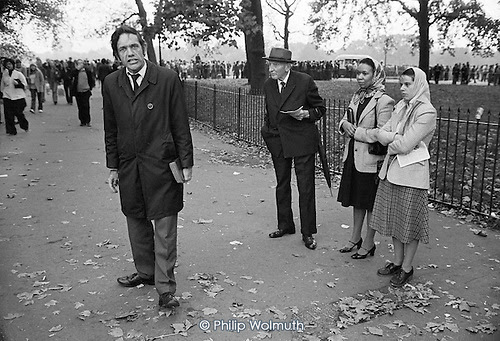 Although it's a book that I hope will attract photo enthusiasts, I would be disappointed if it didn't also appeal to a much wider audience: to anyone interested in London history (it is being published by The History Press), politics, religion, popular culture, public debate and opinion. The publicity needs to reflect this, and it seems that social media, of which I am currently only a moderate user, will play an essential role. I'm working on it: this piece is a first step.  More anon. 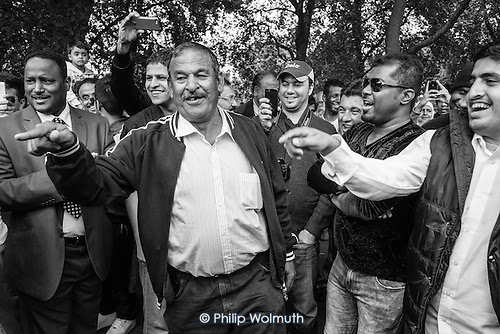