On the Front Line 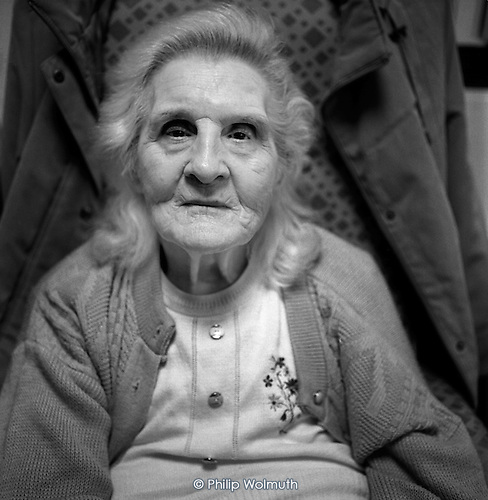 Rosie (above) is 91, and a regular visitor at Age Concern Camden's Great Croft Resource Centre in King's Cross, which is threatened with closure following cuts to the organisation's funding by Camden Council. Despite the government’s promises that frontline services would not be hit by its controversial deficit reduction programme, the knock-on effects on services delivered by both local authorities and the voluntary organisations they fund are becoming all too apparent. More pictures here.

Two other Age Concern centres in the borough, Henderson Court and Hillwood, are also scheduled for closure, but the elderly users of all three have mounted a vigorous defence campaign. The council will vote on the closures later this month.
Posted by PHILIP WOLMUTH at 3:45 pm No comments:

More and more apparently public places in UK cities are in fact privately owned or managed developments, where photography is not permitted. Forbidden Territory, which introduced a talk by Anna Minton at the NUJ London Photographers’ Branch monthly meeting in January, documents some of the places in London that I have been asked to leave.
Posted by PHILIP WOLMUTH at 12:24 pm No comments: