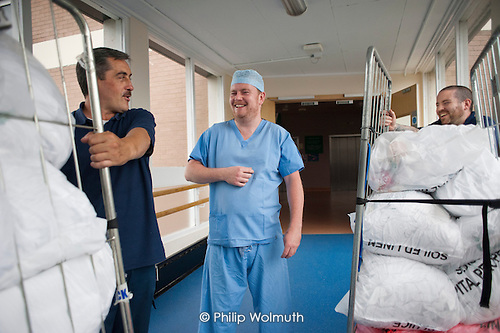 The photographs above and below, shot in Musgrave Park Hospital, Belfast, are unusual. Not in the way they were taken, or for any exceptional artistic merit - but because they were taken at all.

I’ve written before about the ever-increasing privatisation of public space, the restrictions this imposes on our freedom of action, and how the public realm is becoming a smaller and smaller place. This modern day version of the Enclosures has not only handed control of our streets to private corporations, but also our hospitals, schools, prisons, sports centres and more. As a result, photography in many such workplaces has been almost impossible in recent years.

These photographs are evidence that the move from public to private can be, and is being, reversed. In Northern Ireland, Scotland and Wales all contracting out of hospital cleaning and many other hospital ancillary services has ended. The relevant authorities have ditched ideology and realised that they are better off with directly employed staff.

It’s not the sort of thing that gets on the front pages, but it has had a big impact on the quality of services, and on the wages, terms and conditions of the workers who provide them. And it means that, almost for the first time since the introduction of compulsory competitive tendering in the mid-1980s, it is possible to record something of their working lives.

Private companies are accountable to their shareholders, concerned for their image, and unwilling to grant access to independent photographers or journalists who might provide the wrong sort of publicity – and overstretched workers on the minimum wage and lousy terms and conditions are unlikely to make good PR. Walking around hospitals in Belfast and Glasgow recently with a camera and a trade union rep from Unison, talking to directly employed staff proud to be back as part of the hospital team, was a pleasure I hadn’t experienced for nearly 25 years. I look forward to being able to do the same closer to home. 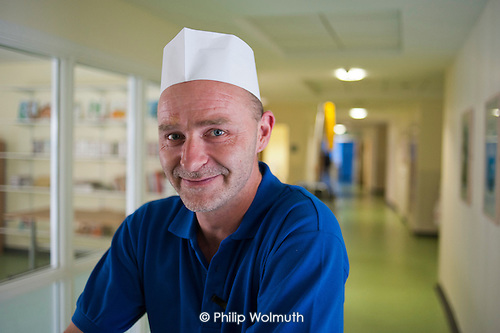 Posted by PHILIP WOLMUTH at 12:25 pm No comments: