Not the News of the World 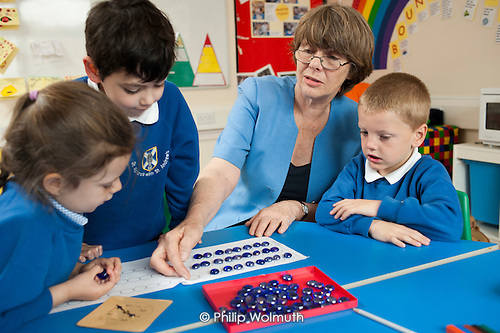 The photo above, of the work of Developmental Dyscalculia specialist Trish Babtie, was taken earlier this week for what is likely to be the last issue of InstEd. If the magazine does close, it will be the second publication for which I have worked regularly to fold this year. The closures are a scandal, but not of the kind currently filling the front pages.

InstEd, in which my photos have featured since its first issue in 2007, is published termly by the Institute of Education and distributed to all London primary and secondary schools. Its remit is to relate the Institute’s academic research to the practice of teachers in the classroom. Its probable demise is a result of Higher Education funding cuts. Paddington People, a quarterly magazine produced by the Paddington Development Trust (PDT) since 2000, put out its last edition in January. Its pages provided information on local community initiatives to the residents of four of the most deprived wards in the capital. The cuts to PDT’s funding were particularly egregious: they followed a tour of the trust’s projects by the Minister for Civil Society Nick Hurd. The Old Etonian, on one of his first trips into the real world after the 2010 election (below), lavished great praise on all he saw, spoke glowingly of the so-called ‘Big Society’ and, on returning to his office, cut the organisation’s funding with almost immediate effect.

Both magazines, in their different ways, delivered important information of direct relevance to their readers. Not something many would claim for the NOTW. They are just two closures that I happen to know of through my work. How many more local or specialist publications are going to the wall as a result of this government’s all-out assault on the public and voluntary sectors? Now that's a real scandal. 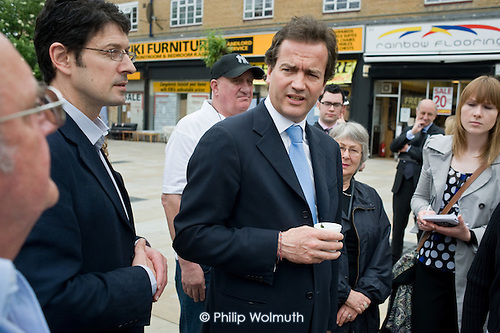 Posted by PHILIP WOLMUTH at 4:40 pm No comments: 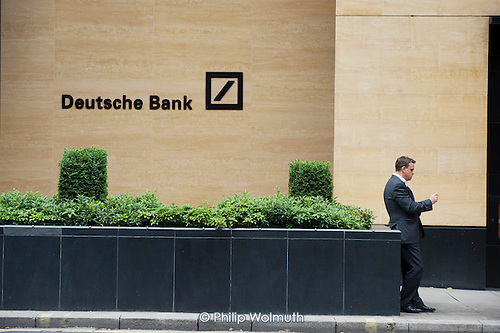 As part of the London Street Photography Festival, which runs in venues across the capital for all of July, I joined five other photographers and a team of videographers last week in London Wall, a major City of London thoroughfare.

The idea was to test what would happen as we went about our entirely legitimate business, photographing from the public highway in an area heavily monitored by private security guards. Each photographer was assigned a stretch of street and a videographer to record any interactions with guards or police. My patch was outside the Deutsche Bank building, which occupies a whole block between Moorgate and Bishopsgate.

It only took a couple of minutes before I was approached by a guard. who came out of the bank to ask what I was doing. When I said I was “just taking pictures” he was polite and did nothing to stop me. As I proceeded round the block with videographer Liam Rickets we were stopped twice more by different Deutsche Bank staff, but not prevented from filming or taking pictures. One said that if we were going to spend long in the area, he would have to take our names, because that was “the correct procedure”, but we pointed out that he had no legal right to do so, and he did nothing about it. I found all this pleasantly surprising – in the past I have found private security, in the City and elsewhere, to be much more obstructive.

This was indeed the case half an hour later, in nearby Gresham Street. We were stopped outside No.10 and told that, if we photographed the building, the security manager would be called, and he, in turn, would call the police. The guard was polite, and didn’t deny that we had the legal right to photograph from the public highway, but claimed his proposed course of action was necessary for security reasons, as the building housed a Lloyds trading floor. He also pointed out that calling the police would waste both his time and ours. His appeal to “security” was nonsense, of course – I could see little more than my own reflection in the tinted glass windows, and pictures of the building are freely available online on Google Street View, Alamy, Flickr and elsewhere – but dealing with the police would seriously have impeded my working day, had I being attempting serious photography in the area.

The other photographers had similar experiences, documented in a film of the day to be shown and discussed at Stand Your Ground on 20 July at Housmans Bookshop. To me it seems that, in the City of London at least, campaigning by I'm a Photographer, Not a Terrorist and others has had some effect. But if you’re photographing out on the streets in the City it is likely that you will sometimes be obstructed. And you’ll almost certainly be stopped and questioned - albeit quite politely.

You can read more on the NUJ London Photographers’ Branch website. An earlier piece on the problems of street photography is here.
Posted by PHILIP WOLMUTH at 1:17 pm No comments: