And Now for Something Completely Different? 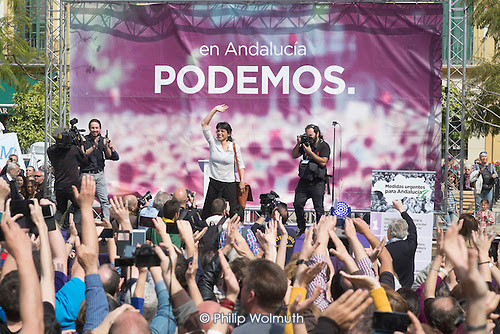 Voters go to the polls in Andalucia, southern Spain, on Sunday to elect a new regional Parliament and President, following the collapse of a coalition of the centre-left PSOE and Izquierda Unida (United Left).  Podemos, the radical grassroots organisation that grew out of the Indignados movement, is gathering widespread support, and the result will be seen as a significant indicator of what might happen in the countrywide round of regional and municipal elections in May, and the general election that follows. 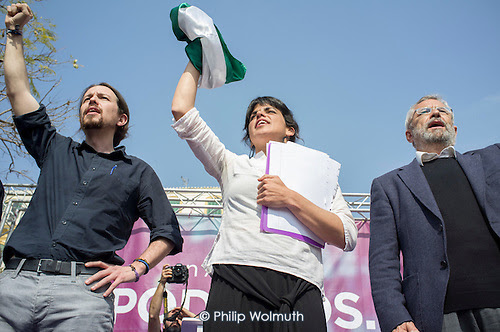 At a boisterous election rally in Malaga's market square on Saturday (pictures above and below), speeches from Podemos Secretary General Pablo Iglesias and the party's Presidential candidate Teresa Rodriguez, attacking austerity, corruption, incompetence and 'La Casta' (the entrenched governing elite), clearly struck a chord. Both were mobbed on leaving the stage. 'Populist' is often used as a term of condemnation, but this was something completely different. Both would get my vote, if I had one. The contrast with the lacklustre crew preparing for our own May elections could not be more striking. Or depressing.

Last May Podemos won 5 seats in the European Parliament, only three months after formally constituting itself as a sort-of political party*.  Anything could happen.  More pictures here. 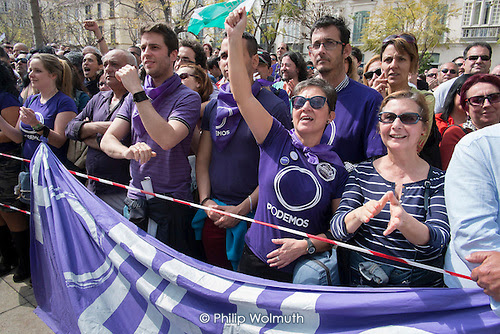 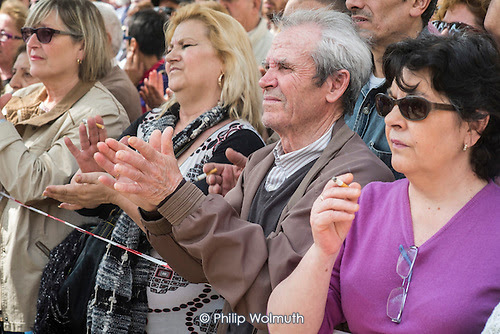 Posted by PHILIP WOLMUTH at 7:16 pm No comments: