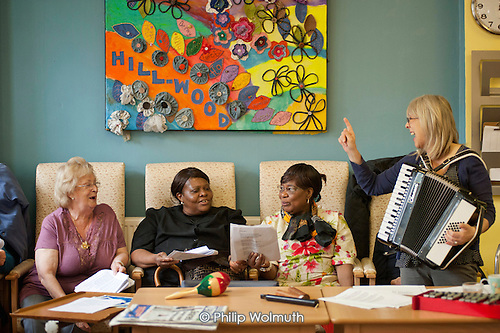 Hillwood, one of Age Concern Camden's three Resource Centres, will close at the end of June, an early victim of the coalition government's spending cuts. Some regular users of the Euston day centre who are eligible for specialist transport will be able move elsewhere, but many others will no longer have a local place to meet, get support and advice, have lunch, and engage in activities.

“We’re all in this together”, Cameron, Osborne and Clegg said. But it seems that some are more in it than others. More pictures here. 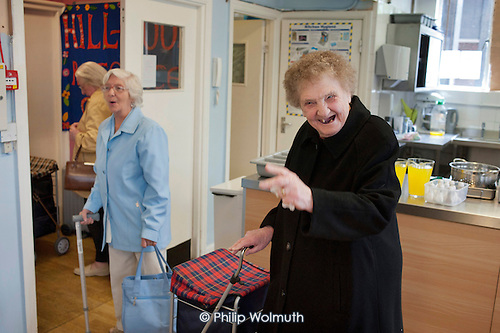 Posted by PHILIP WOLMUTH at 12:33 pm No comments:

Back to the future 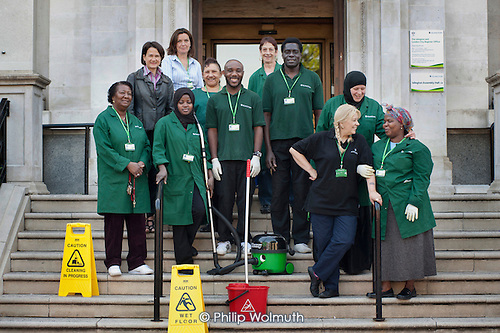 A three hour shift that starts at 5.00am is not for the faint-hearted, but the cleaning team that takes care of the offices, marble staircases and tiled corridors of Islington’s rather elegant Town Hall seem quite content.

Since the expiry of a 10 year contract with private company Kier Building Maintenance in October 2010, the 130 cleaners of borough’s 70 municipal buildings are once again directly employed by the local authority. The transfer back to an in-house service has seen the cleaners’ pay rise significantly to the London Living Wage level of £8.30 an hour, with improved conditions and no job losses. According to Council Leader Catherine West, the new arrangement costs less and, in addition to higher pay, offers the employees job security, access to the council pension scheme and the feeling of being “part of a team”.

It seems that the predictable consequences of the large-scale contracting out of council and other public services introduced by the Conservatives in the 1980s and 1990s, and left unchanged by the New Labour governments that followed, are finally being recognised in some quarters. Other council services in Islington are being reviewed, and further afield, hospital cleaners in Scotland, Northern Ireland and Wales are now all directly employed, in an attempt to halt the disastrous spread of hospital infections. More pictures here. 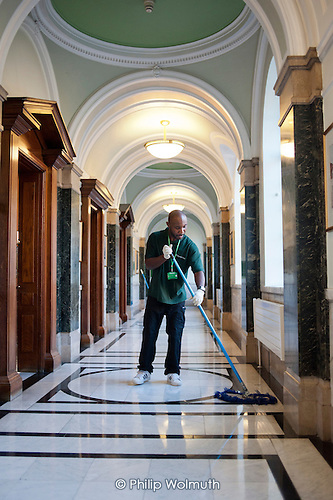 Posted by PHILIP WOLMUTH at 12:48 pm No comments: