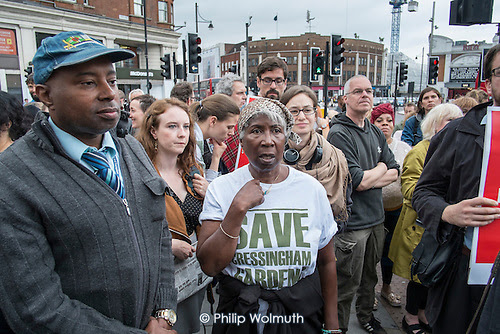 Last night's decision by Lambeth Council to proceed with demolition of Cressingham Gardens estate in Brixton is of a piece with similar 'regeneration' schemes across the capital. To maximise the use of increasingly valuable central London real estate, the Labour council plans to demolish 306 homes to make way for 464 new ones. Most of the 158 additional units will be sold off, with only 15% let at council rents.

Tenants and leaseholders in the 1960s low-rise blocks bordering Brockwell Park fear they will be priced out of the area many have lived in for decades. Meanwhile the council is caught between a rock and a hard place by central government funding cuts. On paper at least, the scheme looks better than those currently under way in Tory-led Barnet, but that is no consolation to the residents, who stand to lose their homes with no certainty over where they will be put during and after the rebuild, or at what cost.

The trend towards displacement of social renting from an ever-widening area of the city is undesirable for a whole host of reasons – including the break-up of long-established communities, unsustainable pressures on public services in the outlying boroughs, and rising transport costs for low-paid workers forced to commute long distances. Resolving all this cannot be done by the local authorities, Labour or Tory, now left to make the best of a bad job. It requires massive changes in central government housing policy. Don't hold your breath. Posted by PHILIP WOLMUTH at 1:09 pm No comments: 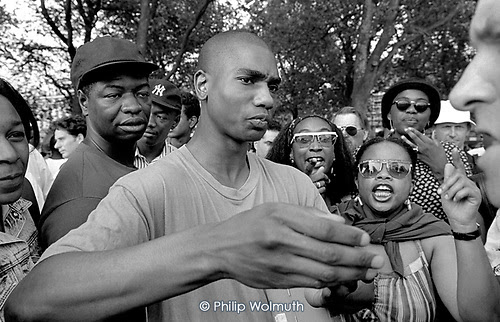 Speakers' Corner 1993
This Wednesday I will be discussing some current issues in photography with photographer John Gladdy and London Print Studio Director John Phillips.

The Studio gallery is hosting my Speakers' Corner exhibition, and we will be talking about photographing in Hyde Park and other public spaces, ethical boundaries and notions of privacy, what it means to be a photographer in an age of universal camera ownership, and anything else that gets thrown at us.

It's also an out-of-hours chance to see the exhibition, which runs until 25th July. London Print Studio is currently hosting an exhibition of photographs from my book Speakers' Corner: Debate, Democracy and Disturbing the Peace, which documents in photos and words almost four decades of the place regarded worldwide as a symbol of free speech and freedom of assembly.

The show runs until Saturday 25th July, and there will be a talk, by me and others, about photography in public spaces, on Wednesday 15th July at 6.45pm (more details to follow). 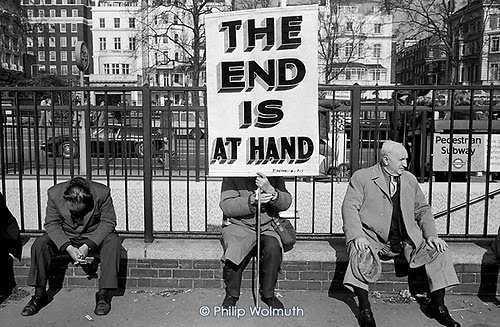