Why Should There Be Losers? 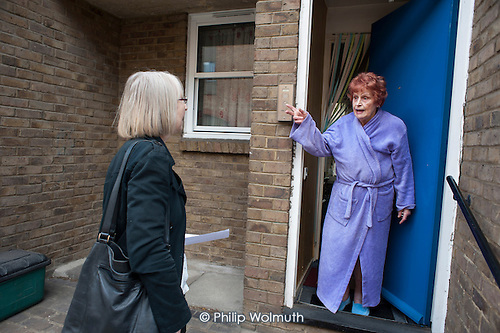 Yesterday's Queen's Speech confirmed the government's intention to proceed with the High Speed 2 Euston to Birmingham rail line, despite opposition from affected residents and businesses along its route, and unanswered questions about many of the details.

The transport case, the economic benefit, the cost, the precise route, and the location of new stations are all in dispute. Only last month, the publication of revised plans for the Euston terminal did nothing to meet the objections of the local council, nor mitigate the fears of residents in the surrounding area.

HS2 Ltd, the government-owned company charged with developing the new line, scrapped a plan to demolish and rebuild Euston station, and replaced it with plans for what Sarah Hayward, Leader of Camden Council, described as “a shed being bolted on to an existing lean-to”. The new proposal significantly reduces the regeneration and development potential of the scheme. The original allowed for multi-storey blocks of offices and apartments to be built on top of the station - presumably that can't be done on a shed roof.

Hundreds of tenants living in blocks on the nearby Regent's Park Estate scheduled for demolition still have no indication as to where they might be rehoused. Many fear they will be offered alternative accommodation outside the borough, far from family, friends and workplaces.

Tenants, leaseholders and businesses in the streets immediately to the west of the station face a different threat. The roads have been 'safeguarded' – marked out as an access route within the construction zone – but the houses, shops and restaurants along them have not. Although some are no more than three or four metres from the likely construction site boundary, under current arrangements they stand to receive nothing for 10 years of disruption and blight. In rural areas outside the M25, residents within 120 metres of the new line will receive the full, unblighted market value of their property, and those within 60 metres an additional 10% bonus plus moving costs.

Why the unequal treatment? That's what the High Court wanted to know when it upheld a legal challenge to HS2's compensation consultation in March. Conspiracy theorists might point to the political colour of the wards around the station (red), and that of the rolling Home County landscapes further north (blue). The process will now have to be re-run.

Irrespective of the wisdom of the whole enterprise, the treatment of those directly affected seems grossly unfair. There will, of course, be beneficiaries – you can't spend £34 billion without somebody benefitting – but why should there be losers?

Above: Kathleen Ullah at her front door a few metres from the planned Euston construction site; below: Buckinghamshire. More pictures here. 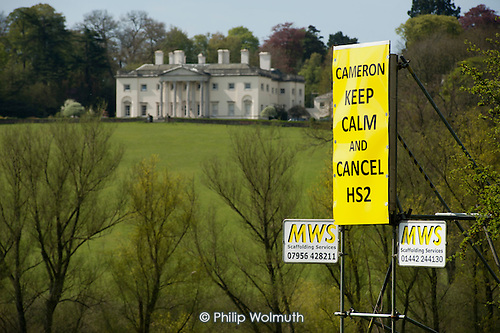 Posted by PHILIP WOLMUTH at 10:28 am No comments: