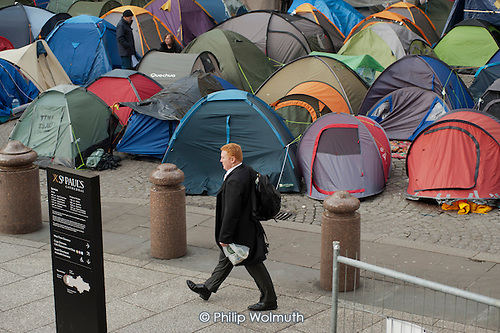 The tent dwellers of Occupy London have quickly become part of the London landscape. City business types stride through the new shanty town nestling up against St.Paul’s Cathedral without batting an eyelid. Tourists doing their rounds can tick off two landmarks in one go. The camp is well organised, and seems to have established a daily routine. Anyone who wishes can drop in to the twice-daily General Assemblies to listen or speak. In the middle of the city, it has something of a village atmosphere. It has succeeded brilliantly in forcing the issue of corporate greed onto the political agenda. What happens next is unclear. It is also unclear when, how, or even if, it will end. More pictures here. 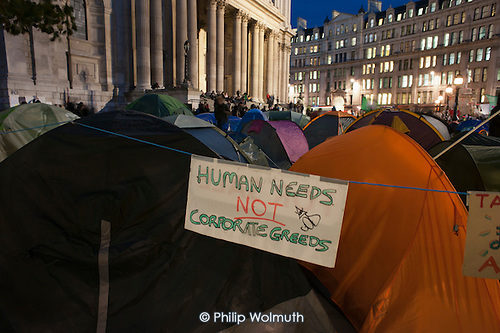 Posted by PHILIP WOLMUTH at 9:37 pm No comments: 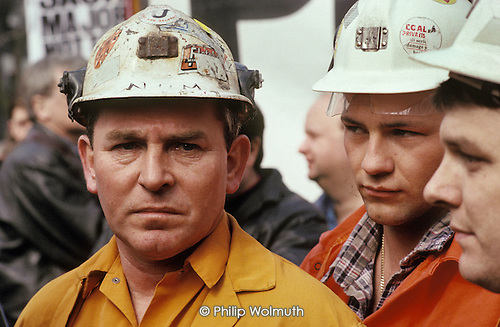 I first went to South Yorkshire during the big wave of pit closures of the early 1990s, and I’ve been back a few times since. The miners fought the closures and lost. “Coal not Dole” was their rallying cry, but the collieries were bulldozed back into green fields. Now, in their place, stand tin shed-style warehouses and call centres offering small numbers of jobs at the minimum wage. In the intervening years some new, high tech, manufacturing has established itself, but nothing providing the large-scale employment required to make up for the huge job losses of the last 30 years.

Successive governments have made only token gestures. One in four young people in Barnsley and Doncaster are NEETs (not in employment, education or training), one of the highest rates in the country. Last week I visited three inventive social enterprises providing training and apprenticeships (picture below). Even they have been hit by cuts in Education Maintenance Allowance and abolition of the Future Jobs Fund. And in these austere times, employability is no guarantee of employment. Life was hard in the former coalfields long before the current recession – and it’s likely to get worse. This set of images - work in progress – is a partial record of some of the changes. 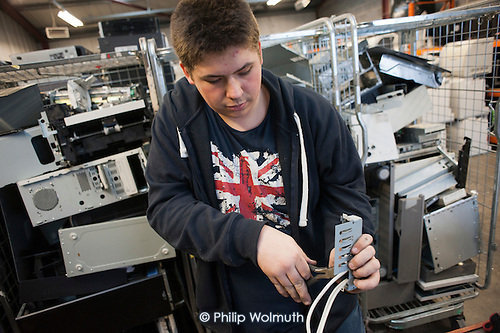 Posted by PHILIP WOLMUTH at 3:30 pm No comments: 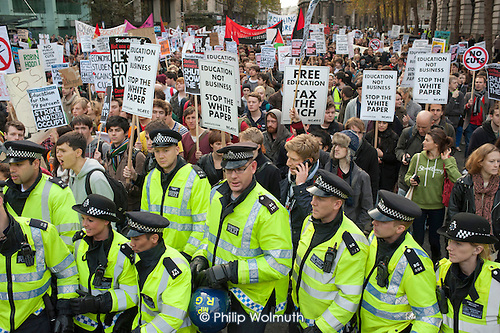 In September the newly appointed Metropolitan Police Commissioner, Bernard Hogan-Howe, set out his plan for policing the capital.

"As Commissioner, I have three simple aims: I want us to cut crime, cut costs, and continue to develop the culture of the organisation, and to do all that based on simple but important values of humility, transparency and integrity. We will do that through what I call 'total policing'."

His statement was largely meaningless, but yesterday’s tuition fees protest in the City of London – the first student demonstration since the summer riots – gave some indication of how he intends to go about his business.

It was by far the most heavily policed demonstration I can remember, with about as many police officers (4000) as protesters, and preceded by threats of plastic bullets. From the point at which I joined it, close to the Law Courts, all side streets were sealed off with double barriers and up to three lines of police. The marchers were corralled into a very slowly moving kettle by mounted police, solid lines of officers on foot, and a large number in full riot gear. In New Fetter Lane the march was brought to a standstill for a considerable time, for no apparent reason, and the horses, surrounded by marchers unable to move away, became visibly restless. It looked dangerous, and felt very much as though the democratic right to protest was being honoured, if at all, in letter only.

Another casualty of the new Commissioner’s cunning plan may be the working relationship between police and photojournalists, recently much improved following discussions between the Met, the NUJ, the BPPA and others. For the first time in a while, I was refused passage out of a march despite showing my press card. If this is what humility, transparency and integrity looks like. I’m quite happy with whatever it was we had before. More pictures here. 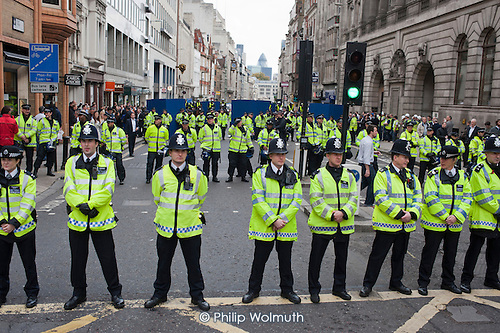 Posted by PHILIP WOLMUTH at 6:43 pm No comments: