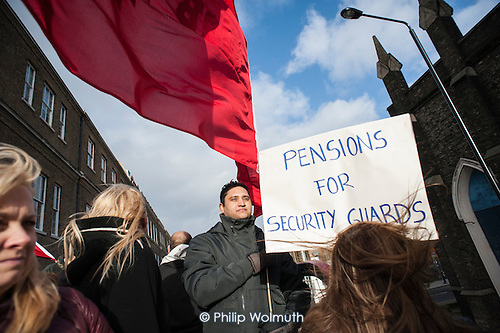 The mostly Latin-American cleaning, security and maintenance workers employed by Cofely GDF-Suez at London University have already succeeded in their battle for the London Living Wage. They are all members of the independent IWGB union, which this week called a three day strike to demand union recognition and improved conditions of employment, and in protest at job losses. On Tuesday the union's 3 Cosas (Three Things) Campaign took to the streets of Bloomsbury in an open-top bus (above) before moving on to a rally outside Parliament (below), and unannounced visits to fellow workers at the Royal Opera House, and to the Cofely GDF-Suez Islington office. It feels like a campaign that is going to win.  More pictures here. 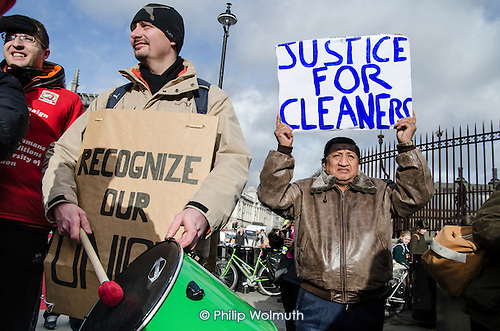 Posted by PHILIP WOLMUTH at 9:30 pm No comments: