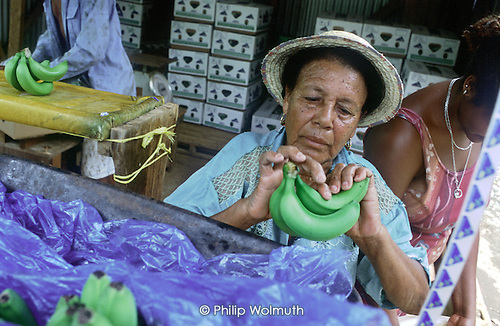 It may seem counter-intuitive, but the search feature of a photo library looks for words, not pictures. Search engines cannot see photos, only the words attached to them.

Where a word-based search is required, it is important to remember that the words have been put there by a (fallible) human being, and did not emanate magically from the visual image of their own accord. Writing captions and keywords – and carrying out a search to match them - requires a mixture of common sense and intuition on behalf of both photographer and researcher.

So, before embarking on a search, it’s worth taking a moment to consider what words the photographer is likely to have chosen. On my site the most common cause of search failure is an over-elaborate search term. A recent search, for photo in 1981 Mozart Estate produced nothing, but 1981 Mozart Estate would have been successful. It’s a photo library, after all, and it seems unnecessary (to me at least) to say so in every caption. Were I to do so, logically I should also preface each caption with all the possible synonyms: photograph, picture, image, view of, etc..

In any picture library, it is better to start a search as simply as possible – one or two words are often enough to bring up a selection tight enough to locate the desired image by visual inspection. In the above example, Mozart on its own would have only produced eight pictures – easy enough to look through without further need for a more complex search term. If one is necessary, a simple guide to combining and excluding search words is here.

Another recent failure was really my fault: a search by an unknown user for fair trade in Caribbean produced no results. Why? Because I had captioned the relevant photos using Fairtrade (all one word), the correct name of the scheme I had photographed, but had not also included the more commonly used fair trade as a keyword. Even so, a simpler, less specific search would have worked: trade in Caribbean delivers 15 images, of which six (including the one shown above) have a Fairtrade connection.

It’s also worth making use of features that make a word search unnecessary. My home page provides direct links to galleries covering easily understood subject areas (including one called Caribbean - Fair Trade?) . Each gallery displays images in date order, with the most recent first, and also offers an option of searching within the gallery, rather than across the whole site. Other libraries have similar systems to help narrow down the number of options. In this respect, smaller, specialist libraries have an advantage, being easier to navigate and more likely to produce relevant results.

There are now an extraordinary number of images available through online photo libraries. Finding the one you want need not be like looking for the proverbial needle in a haystack, but some thought - and maybe a little intuition - is required. Whether you make use of word searches or visual inspection, or a mixture of the two, there is one thing that technology has not changed: picture research is an art, not a science.

A version of this article was published in the November 2010 issue of the British Journal of Photography
Posted by PHILIP WOLMUTH at 6:17 pm