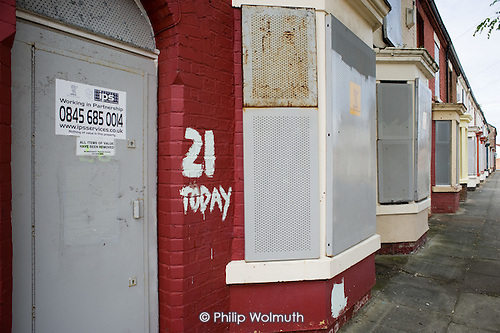 Only a few weeks after I wrote about the Housing Market Renewal programme, the government cancelled it. There is no connection between the two events, and I don’t claim any credit. But despite its misguided premise, and consequences that have been disastrous for thousands of residents in the nine ‘Pathfinder’ areas across the north of England, its abrupt termination is not a good thing.

Its sudden demise leaves the areas in limbo, with street after street of tinned-up houses, property prices at near zero, communities destroyed, and the remaining residents left to struggle on in what looks like a war zone.

It is too late to rectify most of the damage, but the government could at least buy out any of those left behind who wish to move, at prices that make moving a realistic possibility. That means substantially more than current ‘market’ values.