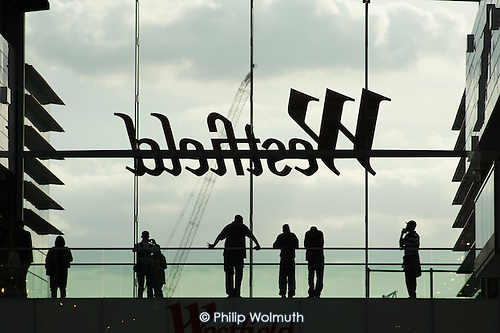 The crowds that crammed into Westfield Stratford City last week appeared to confirm the owners’ press release description of the shopping complex as “a new lifestyle destination for East London”, behaving more like tourists than serious consumers. They certainly weren’t buying very much. Primark was doing a reasonable trade, but it didn’t seem like enough to pay a return on the £1.8 billion spent on construction, or keep the 10,000 new staff in secure employment.

With money scarce on the east side of town, the largest urban shopping centre in Europe is more of a hang-out than a place to spend hard-earned cash. Except the “gateway” to the London 2012 Olympic Park is private property and crawling with security guards, and after the benevolent free-for-all of the opening week, the welcome to all and sundry (including photographers) is likely to wear thin quite quickly.

As the largest regeneration project ever undertaken in the UK it raises a lot of questions. The most obvious is - what will it actually contribute to the economy? Its 250 shops are not making anything, just selling stuff that used to be sold somewhere else. The UK’s largest casino, due to open later in the year, will move money from the pockets of the punters to the pockets of the owners, creating nothing. The new jobs, however close to the minimum wage, will probably benefit those who get them, but only at the expense of those who used to do them elsewhere. And if there are any profits, they will accrue to the joint owners in Australia (Westfield), Holland (APG) and North America (the Canada Pension Plan Investment Board).

Will people buy more than they did before? I doubt it. And what will happen to the jobs and businesses in the Stratford Centre, the down-at-heel concrete mall directly opposite the new development?

Unless European economies are thrown totally off-kilter by a Greek default, Stratford City will doubtless do well when the Olympics come to town next summer. But after that? We must wait and see. 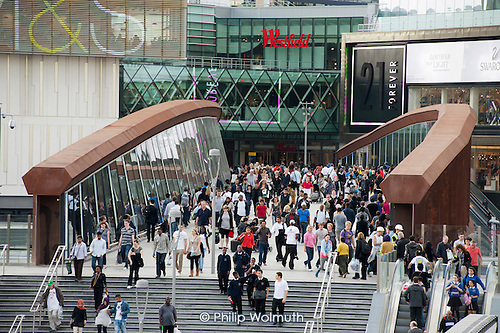