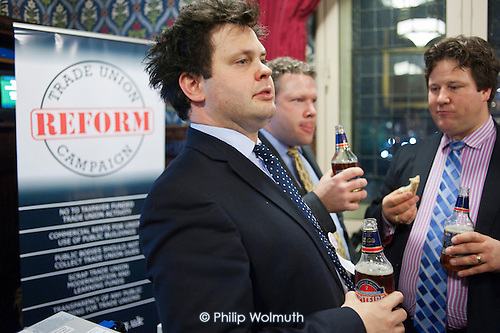 Earlier this week a group of MPs, plus assorted followers on the right of the Conservative Party, celebrated the launch of the Trade Union Reform Campaign (TURC) with a ‘Beer and Sandwiches’ reception at the House of Commons. Top of the bill was Eric Pickles, Secretary of State for Communities and Local Government (pictured below); also in attendance was former Defence Secretary Liam Fox.

It’s hard to know how seriously to take the campaign, despite its distinguished proponents – or even how seriously it takes itself. Both the ironic beer (bottled Spitfire) and sandwiches were plentiful. The speeches were brief and addressed to a room full of the already converted. The only journalist was from the Morning Star.

The TURC wants to bring an end to what it calls “taxpayer funded trade union activity”, with one of its key demands that unions should pay commercial rents for the use of public buildings. This, surprisingly, it does not apply to its own anti-union activity, making free use of the Commons’ oak-panelled (publicly owned) Jubilee Room, with not a raised eyebrow in sight. 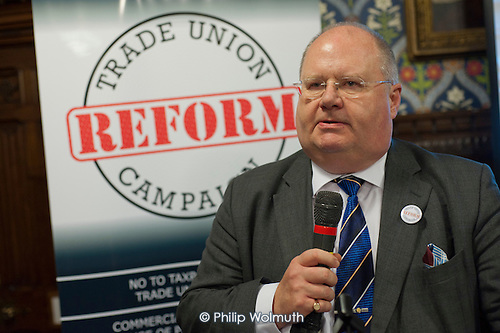 Posted by PHILIP WOLMUTH at 5:48 pm