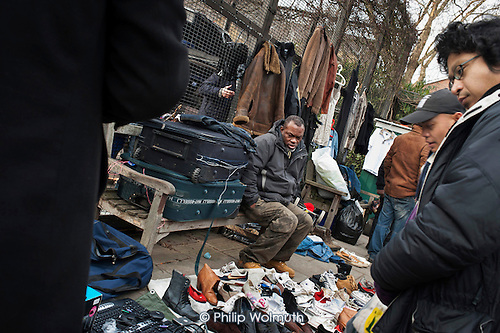 Having written about the problems of picturing poverty in 21st Century Austerity Britain last week, I’m going to stick my neck out and attempt to do just that. It’s not going to be done with a single picture, or even a single posting on these pages. This is just a first instalment.

I’ll start by trying to confuse the ‘north-south divide’ issue even further: the pictures above and below were taken at a car boot sale near my home in London. Definitely south. More pictures here. 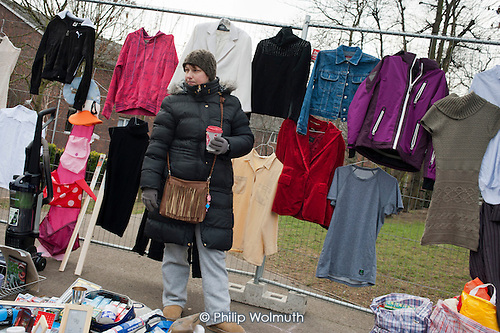 Posted by PHILIP WOLMUTH at 4:56 pm