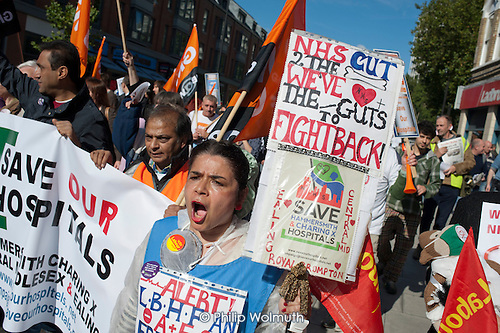 Consultation is very popular with the authorities in west London. Residents in Earls Court are still fighting to prevent the demolition of their homes following a deeply flawed consultation exercise by Hammersmith and Fulham Council. Now the local health service is under threat.

In the last couple of weeks there have been two big demonstrations by residents and health workers in Hammersmith (above) and Southall (below) over proposals to close the A&E departments of four local hospitals: Charing Cross, Central Middlesex, Ealing and Hammersmith. As with the Earls Court redevelopment scheme, the plans are 'out for consultation', but it is clear that NHS North West London has already made up its mind. In the current climate the powers that be will have a hard time convincing anyone that 'reorganisation' isn't just a euphemism for cuts in services. The demonstrations are likely to continue. 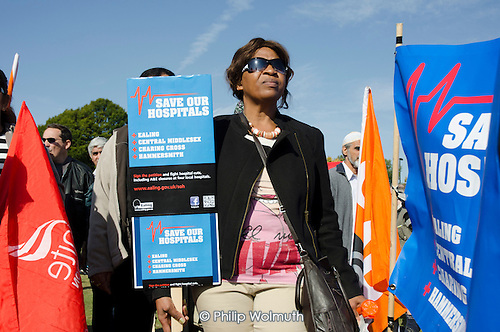