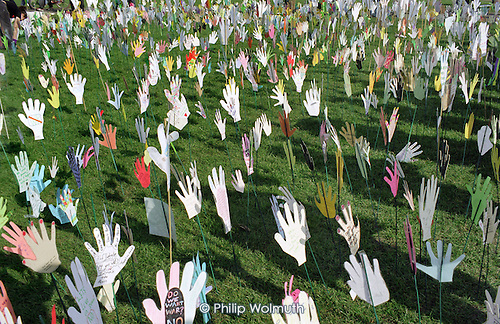 Rowenna Davies has written a Guardian Comment Is Free piece about the school student protest against the invasion of Iraq held in Parliament Square ten years ago this week.

Like the 2 million who had marched against the war the previous month, the protest failed to influence the gung-ho Blair government, clearly committed all along to doing whatever Washington asked. But, as Davies spells out, the Hands Up for Peace campaign did have an impact on the participants (of whom she was one), influencing, long-term, attitudes to politicians, and to methods of political action. Interestingly, even before the existence of Facebook and Twitter, it managed to go viral, with school students sending in hand prints emblazoned with anti-war slogans from across the country.

Famously, when asked his opinion of the significance of the French Revolution, Chairman Mao thought it “too early to tell”. Ten years on from the invasion of Iraq, and twelve from the start of the war in Afghanistan, not many people would hesitate before giving their judgement of the consequences. The kids were right, of course. 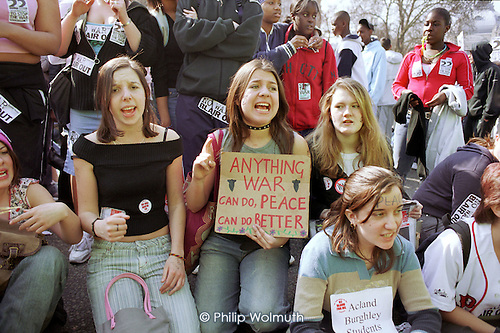 Posted by PHILIP WOLMUTH at 4:26 pm