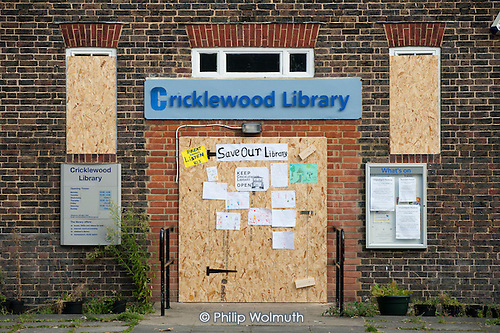 Public libraries around where I live in Cricklewood, north-west London, have been hit hard by the government's austerity programme, but my photo library, an essential part of my daily workflow, is safe, hosted far away in New York by Photoshelter. At least I hope it is: at the end of March the company implemented the first phase of a four stage re-vamp over eight hours of a Saturday night - and caused consternation among many of its 70,000 users (myself included, for a short while) when they logged back in on Sunday morning.

The Photoshelter portal offers photographers a well designed web platform on which to present their work, making it as accessible as that of corporate giants Getty or Corbis. It is flexible in design and functionality: I use my site both as an archive and as a means of presenting and delivering commissioned work to clients. Its behind-the-scenes architecture allows for different ways of organising images in galleries and collections, with a powerful system for granting or limiting access to them. It looks good, and clients find it easy to use. The staff on the help desk respond quickly to queries. It is very good value for money.

So what went wrong with the re-vamp? The 'update to a brand new Photoshelter', as the company billed it, not only involved a radical re-structuring of the user interface (UI), but also a move to new solid-state servers. The latter meant shifting a very substantial quantity of data, and it took longer than anticipated. Faced with a new UI and files that hadn't yet arrived at their final destination, some users were understandably alarmed – their life's work apparently lost in cyberspace.

Once the dust had settled, however, I found all my files back where they belonged. A number of site features were missing: most were restored over the following days; some are still pending. I'm not a software engineer, but it seems likely that more real-world testing before going live would have been a good idea. Was it worth all the bother? As Mao said of the French Revolution - it's too early to say. This was only part one of the four part 'upgrade'. My site is working fine - but it worked fine before. To the outside world, nothing has changed. Behind the scenes, the new UI is simpler but, for the moment at least, at the expense of some minor losses of functionality. Overall, I haven't noticed any significant benefit from what was, for many users, a major disruption. But I haven't noticed any significant negatives either: Photoshelter is still a very good platform.

What the upgrade has demonstrated, however, is just how dependent we - as photographers and, more generally, as citizens of the world wide web - have become on services over which we have little control. I first came to Photoshelter as the result of a real online disaster (OK, no lives were lost, but it caused a lot of people a lot of distress): the collapse of Digital Railroad. That photo archive platform, also based in New York, went belly-up in 2008, sacked its staff and wiped its servers. Large quantities of data were permanently lost - an electronic equivalent of the current state of my local public library.

The Photoshelter episode is entirely different, an attempt to improve services for its clients. In the weeks leading up to the changes, the company ran explanatory webinars and provided plentiful written documentation. Some of the alarm expressed on the help forum and elsewhere suggests that quite a few users had not been paying sufficient attention. But that is entirely understandable. One of the great things about Photoshelter is its off-the-shelf, almost instant, usability. Photographers have enough to worry about without concerning themselves with the arcane details of a new interface. Unfortunately, that's how the web works. It provides us with amazing new tools, but it can be hard work keeping up. Innovation is relentless. There will be more to come.
Posted by PHILIP WOLMUTH at 12:20 pm